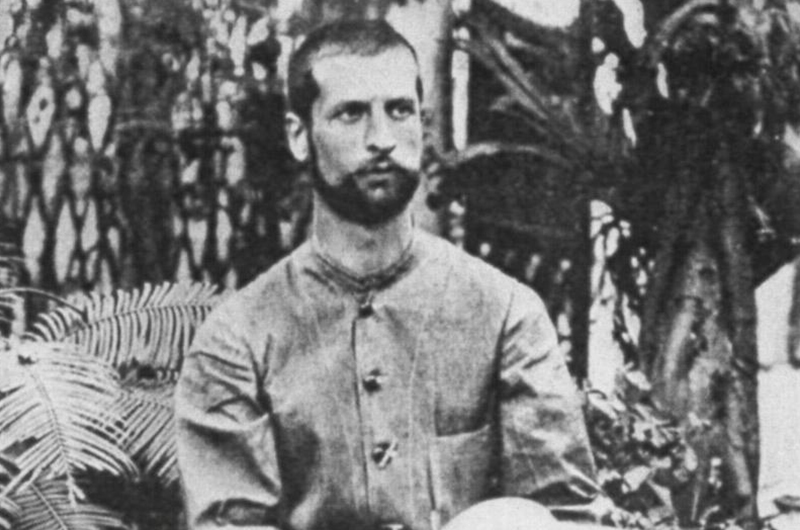 Pasteur’s famous scholar as well as discoverer of the plague bacillus, Swiss-born Alexandre Yersin was granted French citizenship and spent a lot of time in French Indochina. He set up his own laboratory there, a medicine school and a mountain station. Travel lover and strong believer in humanism, he devoted his entire life to studying science and curing patients.

From Paris to Asia

Alexandre Yersin was only 27 when he enrolled as a doctor in the French “Messageries maritimes” (naval mails) on the Saigon-Manila line in 1890. Founded in 1851, the company delivered mails, people and freight through numerous naval lines across the world. Yersin was expected to have a brilliant career in Paris under Pasteur and Roux’s protection. He had met the former and worked with the latter.

Though he decided to leave everything behind and go to Asia to fill his fondness for oceans and faraway countries, which he had discovered through the 1889 Universal Exposition in Paris. The 18th of October, 1890, he landed in Indochina. He was soon moved to the Saigon-Haiphong line.

He would then start his own exploration of the central Annam province, barely known at that time. Yersin established numerous maps and plans, took pictures and made drawings, which were among the first documents about that region. He discovered the Lang Biang Plateau where Paul Doumer would later settle Dalat city and its famous sanatorium. 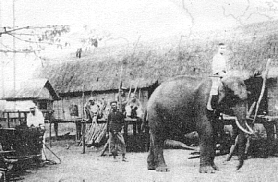 When Yersin was sent in Hong Kong by the French Minister of the Colonies and the Pasteur Institute, he had already been working for the Health Department of the Colonies for two years. China was then suffering from an extended plague epidemic, and the French government feared it could reach Indochina.

Yersin studied the virus along with the rival Japanese doctor, Kitasato. He didn’t know it back then but he would discover the bacillus thanks to the lack of financial means. Indeed, whereas Kitasato used incubators which allowed him to study germs within a 37 degree environment, Yersin had to conduct his research without any machines leveling the temperature. But the plague bacillus spreads much more easily in an ambient environment.

When he looked at his microscope, Yersin couldn’t believe what he saw: the sample was swarming with the virus. He had finally discovered the culprit of millions of deaths throughout the course of history. After that discovery, Yersin returned to Paris in order to set up a cure against the Yersinia pestis virus, along with Calmette and Borrel.

The Laboratory in Nha Trang

In 1895, Yersin established a laboratory in Indochina where he could produce the antiplague serum. The place would further become the Pasteur Institute. He studied human and animal local diseases. He bought cows, oxen, buffalos, horses, sheep and goats, and settled them in Suoi Giao, 20 kilometers from Nha Trang.

Nevertheless, he needed money to back up his research. So he set up corn, rice and coffee fields in his own land. A step ahead from everyone else, he brought the hevea tree in, and got in touch with Michelin to whom he sold manufactured rubber from Asia. From then on, Indochina would become one of the major hevea suppliers among all French colonies. He also brought quinine trees in to be able to cure malaria.

In 1903-1904, Paul Doumer asked Yersin to lead the newly founded Medicine School in Hanoi. Its aim was to train local doctors how to deal with Indochina’s diseases. Yersin taught physics, chemistry, and anatomy. In 1904, he returned to Nha Trang and took on the leadership of both Saigon and Nha Trang’s Pasteur Institutes.

In 1917, after some time exploring the land, he established Hon Ba mountain station, where his animals could benefit from a more appropriate climate. Beside quinine, Yersin also grew fruit trees. Four years later, the station was used as the first place to set up the French radio in Indochina.

Alexandre Yersin went back to France from time to time to visit the Pasteur Institute in Paris, of which he was the honorary director since Roux’s death in 1933. He would die ten years later in Nha Trang, surrounded by the Vietnamese’s affection, who built a pagoda alongside his grave.

Nowadays, Yersin is considered as one of the most important scientific figures in the 19th and 20th centuries. Streets in Ho Chi Minh City, Hanoi and Nha Trang bear his name. In Hanoi was established the Alexandre Yersin French highschool and in Dalat, the Yersin University. In 2012, French writer Patrick Deville honoured his life with a book entitled Peste et choléra (“Plague and cholera”), published by Seuil and which was granted with the 2012 Prix Femina. With one goal: allow everyone to discover the exemplary life of a brilliant scientist, who always refused to make his patients pay for any treatment or cure.