Located between Hanoi and Ho Chi Minh City, Danang is listed as Vietnam’s fourth largest city. Besides being a mine of wealth, it is also one of the most important touristy destinations of the country, thanks to its luxuriant beaches and its cultural heritage.

Located between Hue’s imperial city and Hoi An’s old town, both famous places among worldwide cultural heritage, Danang is a must-see of a Vietnam tour. But long before it became a quintessential seaside resort, the city was an American strategic port during the Second Indochina war. Devastated during the conflict, Danang is now a dynamic and developed place, thanks to trade routes across the Pacific, and an extended strategy of agriculture and food exportation.

The City of Bridges

Danang stands out from other cities because of its numerous bridges. Indeed, the Song Han river divides the city into two parts that need to be connected to each other. Those buildings are quite uncommon. At night, they light up and create an enchanting and colorful landscape.

The Rong bridge may be Danang’s icon. It was inaugurated in 2013 in order to commemorate the 38th anniversary of the liberation of the city. With its 670 meter length and 40 meter width, the bridge has received in 2014 the most prestigious award in terms of technical engineering from the ACEC New York (American Council of Engineering Companies of New York). Gem of Vietnam’s modern architecture, its corrugated shape forms a giant yellow dragon, which also stands as a symbol of the country’s economic revival. Thanks to technical tricks, the modern dragon can also spit fire and water above the river. 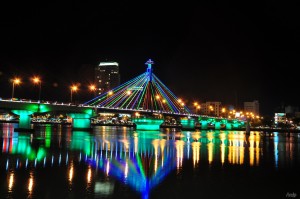 Xoay bridge is also a strong symbol of the port city. The latter has the distinction of being one of the first engineering feats of the country. It is the first bridge whose central part can rotate 90 degrees around its axis, parallel to the current, to let big boats go through.

Some other modern bridges symbolize Danang as well. Thuanh Phuoc bridge, for example, is the largest suspended bridge in Vietnam. On the other hand, Tran Thi Ly bridge is recognizable by its red cables, forming gigantic fans on both sides of the building.

Besides its bridges symbolizing a revival, Danang is a popular destination for tourists who like to enjoy its long clean beaches. On the other hand, numerous, luxurious hotels and resorts are available to take advantage of this idyllic panorama where the ocean meets the horizon line. Besides, Danang has its own airport and railway station, which both make the city accessible from almost everywhere on the planet.

In terms of activities, Danang’s cultural heritage is extraordinary. Namely, the Cham Museum displays the largest exhibition dedicated to that ancient culture. The Cao Dai Temple, melting pot of many religions, and the pink-painted Cathedral are the religious places to visit.

You may also want to climb the Marble Mountains, including five hills, each named after Vietnamese elements (water, wood, fire, metal and earth), discover a breathtaking panoramic view. Equipped with binoculars, you may see other activities available in Danang, such as the leafy golf course, the water park or the famous March 29 park.

The city of bridges is also a reference in terms of gastronomic specialties. Tourists go there not only to enjoy the city but also to have a taste of the very best local cuisine. It is impossible not to be attracted by the smell and scents of one of the three following specialties:

Danang is one of the emblematic cities of Vietnam’s development. The best time to visit it is from February to May: sunny sky and lower humidity than as usual. 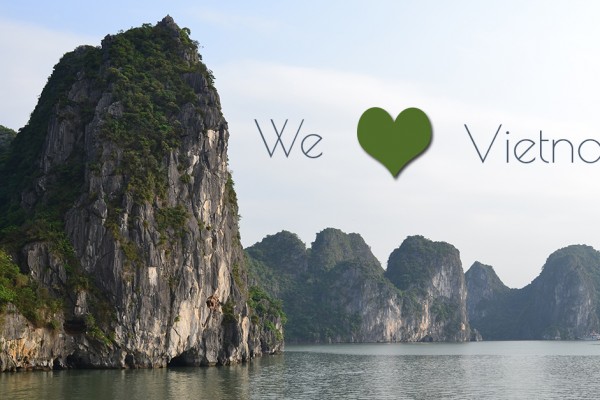 A Huffington Post Journalist Fell in Love with Vietnam 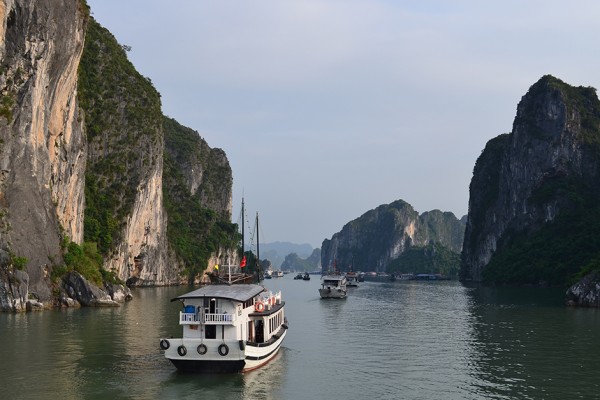