The Rex Hotel stands amidst southeast Asia’s legendary hotels, that went through decades and history. Built in the beginning of the 20th century, it used to be a garage before being turned into different purposes: a trading centre, then an American information base, before ending up belonging to Saigontourist Ho Chi Minh City. In 2003, it went under major renovations and in 2008, the hotel was ranked as an international 5-star. The Rex is famous for having been the place where American reporters used to meet up in the evening. They would gather at the rooftop bar, formerly called Five O’Clock Follies, now Rooftop Garden. The hotel comprises every kind of services that one could find in a 5-star establishment: luxury rooms, fitness centre, two outdoor swimming-pools, La Cochinchine Spa and various restaurants. 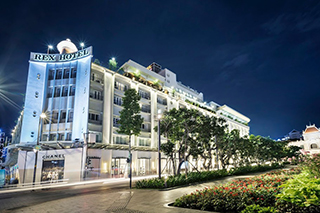 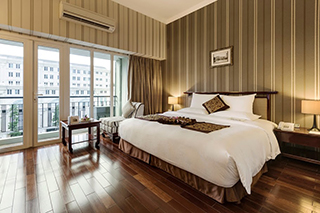 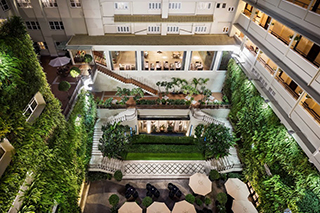 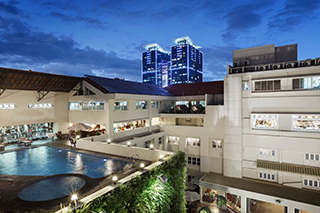